Hand-painted on plywood. It wasn’t only the beginning of the 2nd World War that made earnest faces appear on many German wall figures. Hitler’s seizure of power was in 1933 and left a lot of people appalled, many of them were German jews. People started to emigrate in those early 1930s to other European Countries, some to the USA. Whenever I see this frightened Little Red Riding Hood I think of the danger, insecurity and sometimes hopelessness that many must have felt in those years. 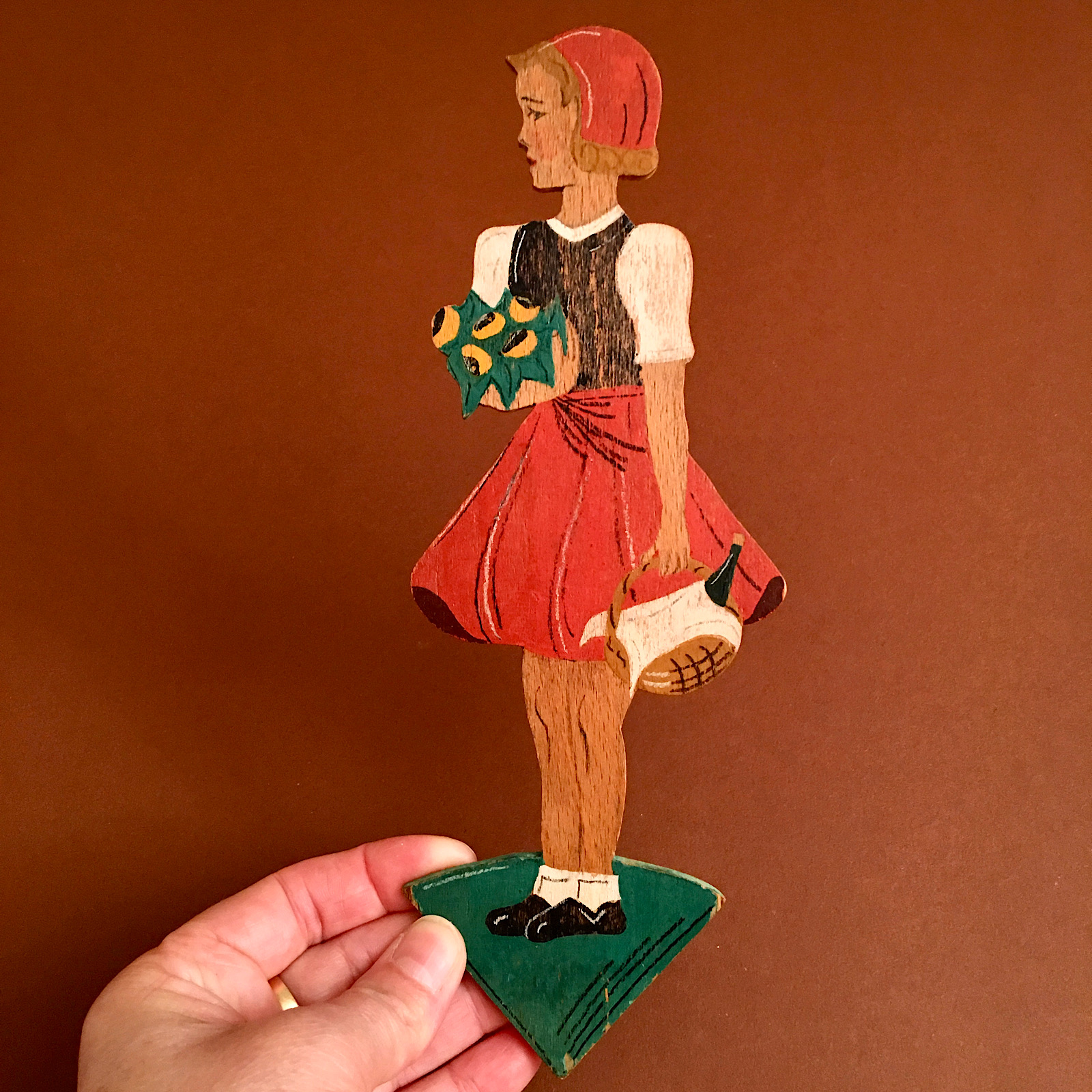